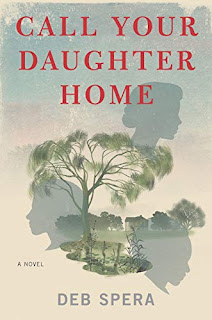 Set in South Carolina in 1924, this novel weaves together narrations from three disparate women. Annie Coles is the rich, white, woman. She’s not as rich as she used to be, though; the Cole family money was in cotton and the boll weevil has left that business in tatters. But they are getting into tobacco, and Annie has a business of her own: The Sewing Circle, where the cotton sacks for packing crops are sewn, which is cheaper than buying premade sacks. And now Annie and her younger son, Lonnie, are branching out: they are starting to manufacture clothing to be sold in stores around the area.


Gertrude is poor white trash, married to an abusive drunk who is starving his family when he’s not beating on them. One day she can’t take it anymore, and flees the shack in the swamp with her children. She’s lucky: in this economically depressed area, she manages to get a job. But it’ll take more than that to give her security.


Oretta is the Magical Negro. She’s worked for the Coles family all her life; she is the first generation of freed people of color. The Coles had owned her family before the Civil War. She keeps the Coles’s house and family in good shape. She can see and talk with the dead.


The three women, who normally wouldn’t have associated with each other, find their lives bound together in strange ways. There is a big secret in the Coles family, one which keeps Annie’s two daughters, Sarah and Mollie, from speaking to her. One of the Coles sons committed suicide at a young age. Gertrude’s secret would be totally damning if found out.


It’s a wretched time and place to be living in. Disease, alligators, poverty, misogyny, racism, and classism, all are present. All three women are well acquainted with grief. The author did well creating her main characters; you can’t not feel their pain. The story bogs down in places- the middle section seems to take forever- but it’s still a can’t-put-it-down story. While it’s pretty easy to figure out the biggest secret early, how it’s dealt with in the end caught me by surprise. Survival and motherhood are the backbone of the novel. Four and a half stars.
Posted by Laurie Brown at 4:07 PM