At the Edge of the Orchard, by Tracy Chevalier. Viking, 2016 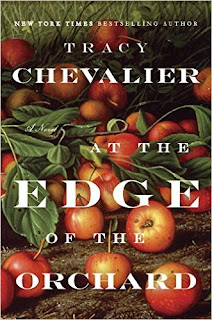 The Goodenoughs have horrible lives. They don’t even put the fun in dysfunctional. It’s 1838, and James and Sadie and their five children (they had 10, but the swamp fever took half of them) live in the Black Swamp because that is where their wagon got stuck. They are homesteading because James’s family urged them to leave the family property in Connecticut- we find out why later in the book. The government will give them the land if they plant an orchard of 50 trees to prove they are making a go of it there; so far, they’ve only managed to afford 38; all apples, a mixture of sour ‘spitters’ and Golden Pippens that James has grafted, bringing the scion wood with them from Connecticut. And these trees are what the constant war between Sadie and James revolve around, an odd focus for their discontent. James loves the Pippens because not only are they good tasting, but they are something his family brought over from England. Sadie wants only spitters, because they are used for cider and applejack, and she has a lust for alcohol. The children are sort of bringing themselves up, creatures that Sadie says they created to do the work so she didn’t have to. Their social life consists of an occasional visit from John Chapman- Johnny Appleseed- selling apple seedlings and the yearly revival camp. After a couple of years, something happens that changes everything and the story changes to that of Robert, the son who was quiet and thoughtful and had the most trouble dealing with the nastiness between James and Sadie.

Robert has fled to California in stages; moving from spot to spot and job to job, being in turns a cowboy, an assistant to a snake oil salesman, a prospector, an ostler, a deck hand, a bottle washer, and, finally, a plant collector. He’s a loner, unattached to anyone or anything- he won’t even name his horse-as emotionally aloof as his father. Then the past shows up unexpectedly, and his life changes again.

I have mixed feelings on this book. Despite the awfulness of their situation, I could find no sympathy for the Goodenoughs. Sadie has no redeeming traits; she’s been an outcast for her behavior for years and makes no effort to please anyone but herself. James would be a sympathetic character even though he’s emotionally absent, but he’s too quick to use his fists and his belt to deal with things. Robert and the one sister, Martha, are the only family members I could care about. Even Chapman, an American icon, seems a little shady in this story.

The second half, Robert’s story, starts slow but then gathers momentum like a snowball on a ski hill and ends with a bang. Robert is a good person who had to deal with horrible things and an unwarranted load of guilt. I enjoyed the inclusion of some historical people, especially William Lobb (I have the rose named after him!) and his prickly but kind personality. I’m a plant person, so I also enjoyed the use of trees as a plot device. All in all, the book isn’t the best book Chevalier has written, but in the end I enjoyed it.

The above is an affiliate link. If you click through and buy something- anything- from Amazon, they will give me a few cents. This in no way influenced my review.
Posted by Laurie Brown at 4:29 PM 1 comment: 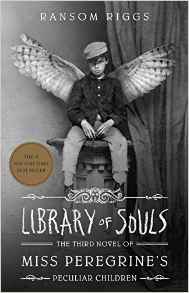 Posted by Laurie Brown at 2:30 PM No comments:

Bunnicula: A Rabbit-Tale of Mystery, by Deborah and James Howe. Atheneum, 1979 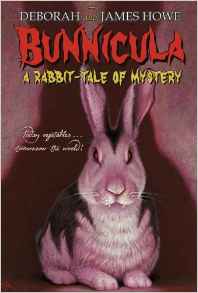 Having come of age in the 60s, I didn’t get to grow up with Bunnicula. Which is a shame, because I would have loved it as a youngster. The story is told via a manuscript written by a dog, Harold. He and feline Chester live in the Monroe household peacefully, spending their time reading, eating, and napping. Then one night the family comes back from the movies having found a small rabbit abandoned in a seat. The odd creature sleeps all day and has markings on his back suggestive of a black cape. Then Chester-whose favorite reading material is horror stories- develops a creepy theory about Bunnicula…

The book says the story is for those 8 to 12 years old; I think it would appeal to even the very young, while the writing is sophisticated enough for those older.

The above is an affiliate link. If you click through and guy something- anything- Amazon will give me a few cents.

This in no way influenced my review.
Posted by Laurie Brown at 7:54 PM No comments:

Email ThisBlogThis!Share to TwitterShare to FacebookShare to Pinterest
Labels: animals, children's books, horror
Newer Posts Older Posts Home
Subscribe to: Posts (Atom)
I read voraciously.I'm an Amazon Vine reviewer, so I get some pre-release books from them. I also occasionally get early reviewer books from Good Reads or Library Thing. I take huge numbers of books home from the library, and buy used ones from the Friends of the Library book sale, yard sales, and thrift stores. This means that not all the books I review are new ones; some are hot off the press, many are older- occasionally very old.