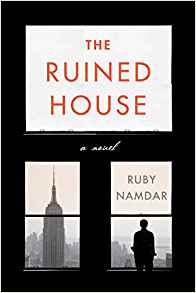 Middle-aged academic Andrew Cohen has it all; his girlfriend is half his age, his academic reputations is great, he has flawless style. He and his ex get along; he has a good relationship with his daughters; his students love him; his girlfriend asks nothing of him. He’s got everything designed and choreographed. Everything he has is the best quality. No human frailty stirs the still surface of his life.

Little things start going wrong. He gets ill. He gets dirty. He develops a paunch. His girlfriend and ex both get cranky. The article he is writing just won’t gel, no matter how many tries he makes at it. He even takes delivery of a nine pound piece of tenderloin that looks like an uncircumcised penis and he sees as some albatross he can’t get rid of. He starts to have powerful visions that leave him shaken to the core. The surface of his life- and he’s all surface, he’s not real with anyone- is not just rippled but shattered.

It’s a story about a midlife crisis. It’s also a story about academic life. But is it a story about mystical visions, as the sections between chapters (pseudo Talmudic pages) hint at (he is a Cohen, after all, and the visions have a priest possibly making a terrible mistake during a ritual), or is he having a nervous breakdown or even a psychotic break? Whatever it is, it takes a hard toll on him, and help is a long time coming. The isolation of modern people is another theme in the book.

The writing is very nice, but the book is slow going. I really couldn’t work up much care for Andrew, although I did find myself compelled to keep reading to find out what the devil was happening to him. The other characters have no depth to them at all; we never see them except in relation to Andrew. It’s like they just stop existing when not in contact with him. It’s an odd book; I didn’t particularly enjoy it while I was reading, but in the end I *did* feel it was good, as I think about it and tease bits of it out from the mass of prose. It’s grown on me. Four stars out of five.

Neither of  these things influenced my review.
Posted by Laurie Brown at 3:12 PM 2 comments: 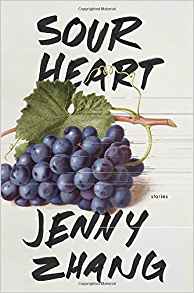 This collection of stories focuses on the experiences of Chinese immigrants in both China and America. They are loosely connected; characters from one story will be mentioned in another. These people do not have the nice house of the family in ‘Fresh Off the Boat’; the family in the first story at one point are sharing one room with 10 people; the room is just mattresses on the floor. Not to mention the cockroaches…. Other stories have the children left alone to take care of themselves because bother parents are working; in one, sexual exploration turns into sexual violence. One man whose lives in poverty with his wife and child has an endless string of mistresses. A grandmother claims to have breastfed her grandchildren, she loved them so much. A mother demands to be loved more than her husband, putting her child in an intolerable bind.

These are really grim stories. I had trouble finishing the book. I don’t demand all happy endings and unicorns farting rainbows, but there were no bright spots in these stories. Still, there are moments of laughter. Zhang writes with black humor that doesn’t lighten the mood but does make it survivable. I think I’m not sophisticated enough for this book.

Neither of these things influenced my review.
Posted by Laurie Brown at 2:46 PM No comments: 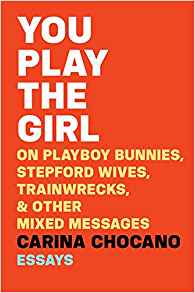 Carina Chocano is the essay writer I wish I was. She examines how pop culture treats women and girls- and how it affects us. From Katherine Hepburn and how her image had to be toned down for people to accept her movies; ‘I Dream of Jeannie’ and ‘Bewitched’ (how two insanely powerful women constantly deferred to men); to the huge Disney princess phenomena wherein a princess is someone to be saved by a man or presented to a man.  ‘Desperate Housewives’, ‘Real Housewives’, ‘Desperately Seeking Susan’, ‘Flashdance’, the misogyny in ‘Can This Marriage Be Saved’- in a women’s magazine, no less, ‘Thelma and Louise’, ‘Pretty Woman’, Disney, ‘Mad Men’ and a lot more all come under her feminist microscope. And while you can tell she’s very frustrated by the way the media presents women, she is always entertaining and easy to read. I’d love to read what she thinks about ‘Wonder Woman’ and the new Dr. Who! Five stars out of five.

I received this book free from the Amazon Vine program in return for an unbiased review. This in no way influenced my review.

Email ThisBlogThis!Share to TwitterShare to FacebookShare to Pinterest
Labels: feminism, media, women in movies, women on TV
Newer Posts Older Posts Home
Subscribe to: Posts (Atom)
I read voraciously.I'm an Amazon Vine reviewer, so I get some pre-release books from them. I also occasionally get early reviewer books from Good Reads or Library Thing. I take huge numbers of books home from the library, and buy used ones from the Friends of the Library book sale, yard sales, and thrift stores. This means that not all the books I review are new ones; some are hot off the press, many are older- occasionally very old.