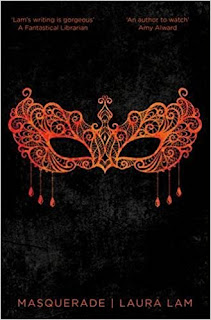 This book is the final in the Micah Grey trilogy, wrapping up all the loose ends. Micah and Drystan are living in a shoddy apartment in the bad part of town after the theater is destroyed. Micah is ill; Drystan is forced to take hir to Dr. Pozzi, who injects Micah with a mysterious elixir that strengthens hir- and also increases hir Chimaera powers. S/He’s having nightmares where s/he inhabits the body of a grave robbing doctor. Protests against the royalty are increasing and some are getting violent. Three Chimaera go to the Royal Family, are welcomed, attempt to speak to a crowd, and the square is rocked by an explosion.

Other than Drystan and their friend Cyan, Micah doesn’t know who s/he can trust. Everyone seems to have at least one secret. Even with hir mind reading abilities growing, Micah can’t dig deep enough to get to the truth. It’s a struggle to survive, for the Chimaera, for the Royal Family, and for their world, Ellada.

This is the book I waited so long for, and it was *almost* as good as the first two. I love the main characters and they all struggle with things and grow in this book. Micah comes of age and faces down all hir demons, including hir mother. Drystan has his own demons to conquer. Even Ellada itself has to learn and grow.

Ellada is described like an exquisite jewel box- one with slums, yes, but still shards of Vestige can be found. It’s a mix of futuristic and Victorian, but not the usual steampunk futuristic. My only complaint is that the book feels a bit rushed, like the author was trying to wrap up all the dangling bits and needed to do it under a certain page count. I’d give four and a half stars but Amazon and Good Reads only use whole stars, so for them I’ll have to go with five stars.