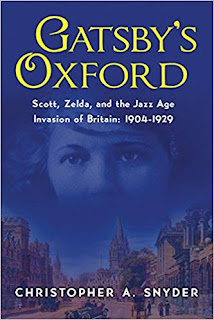 This book loosely- very loosely- ties the fictional Jay Gatsby to Oxford. The author posits that being an ‘Oxford man’ is very important to Gatsby’s image and ability to enter high society; he would not be able to pursue Daisy without this in his background. The author then carries this to show that, were Gatsby a real person (and if the character had really gone to Oxford, which is dubious given some clues in the story) he would have seen certain places, met certain people, and examined certain ideas. Given that, the author then tells us about those people, places, and ideas in detail.

The text wanders and goes into great detail. The author seemed intent on showing us every single influence that might have touched Fitzgerald (who was at Oxford with his wife, Zelda, for a few months) and Gatsby, the history of that influence, and possibly the influences brother-in-law. We get how Princeton was set up to be like Oxford, how race was dealt with, the Jazz Age, and even what businesses were run later by Oxford men. It really seemed like he was carrying things a bit far at times.

Because of this, I found some parts of the book very interesting and some, well, less so. The chapter on Tolkein & Lewis I loved, as well as the one on the Jazz age. The one on American Rhodes scholars really lost me a few times, as did the one on Princeton. I suspect many people will wish to pick and choose which chapters to read- although there is so much wandering even inside chapters one risks either missing something really interesting or being bored to tears. Four stars.

Posted by Laurie Brown at 3:57 PM No comments: 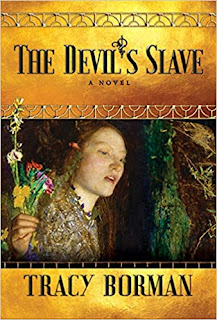 Email ThisBlogThis!Share to TwitterShare to FacebookShare to Pinterest
Labels: 1600s, historical fiction, James I
Newer Posts Older Posts Home
Subscribe to: Posts (Atom)
I read voraciously.I'm an Amazon Vine reviewer, so I get some pre-release books from them. I also occasionally get early reviewer books from Good Reads or Library Thing. I take huge numbers of books home from the library, and buy used ones from the Friends of the Library book sale, yard sales, and thrift stores. This means that not all the books I review are new ones; some are hot off the press, many are older- occasionally very old.