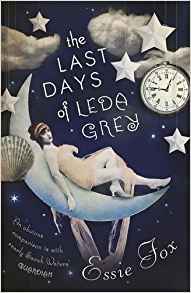 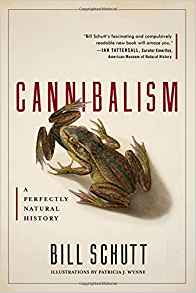 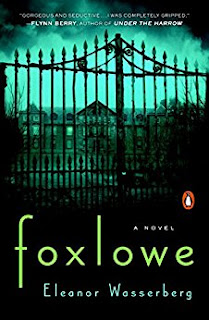 “Foxlowe” is a seriously creepy book. You wouldn’t think so; Green, our narrator, thinks Foxlowe is the best place possible for a kid to grow up. Not that she has anything to compare it to; she was born there. It’s a commune, where everyone is equal, things are shared, they live off the land as much as possible, and there are many celebrations. She knows kids Outside have to go to school while she gets to learn from the land. But while the book starts on a major festival day- Summer Solstice- the very first scene is one of punishment. Green is taking the Spike Walk, where the child is forced to drag her bare arm along exposed nail points. Punishments are meted out by Freya, one of the Founders, and her list of punishable offenses is long. Freya claims these punishments keep the Family protected; it is keeping The Bad out. The Bad can be invited in in many ways; talking to Outsiders, going outside their limited territory (the moor, the Standing Stones), seeming to prefer the company of Libby (fellow founder and rival for the affections of Richard, who is owner of the decaying, ramshackle mansion they live in), disagreeing with Freya. But Green loves Freya (probably her bio mom) and will do whatever it takes to make her happy.

But while Green can see no other life, she has a playmate- a boy (Toby) a few years older than her, brought to Foxlowe when was 6 or so, who remembers Outside and aspires to other things. But it’s a status quo until one day Freya brings home a baby, Blue, and puts Green – about 5 at the time- in charge of her. Needless to say, between jealousy and ineptitude, things don’t go well.

The kids are neglected. Food is sporadic. They are given wine and moonshine from the time they are babies. They can barely read, and Green doesn’t know her numbers even as an adult. They get stoned with the adults a lot of the time. Blue is a challenge to Freya from the time she’s little, dealing with her punishments stoically. Toby’s tales of Outside fascinate Blue. Blue is the balance to Green; despite being brought up from birth in Foxlowe, she doesn’t accept things as they are.

Green’s story bounces around in time; in one installment she’s a child, in the next an adult, in the next, a young teen. Her calm take on things like the Spike Walk is eerie. Even as an adult, long out of the Family, her take on life is still shaped by her childhood and Freya’s jealous urge for power over people. This badly damaged person still sees things the way she did as a child. It’s a very compelling story- I read it in two sittings- and despite the horror we can see that in some ways, Green’s childhood as she saw it was very beautiful and filled with magic. But family dynamics can be just as ugly in an intentional community as in the wild Outside, and that’s what rules Foxlowe.

The above is an affiliate account. If you click through and buy something- anything- from Amazon, they will give me a few cents.

Neither of these things influenced my review.
Posted by Laurie Brown at 12:22 PM No comments:

Email ThisBlogThis!Share to TwitterShare to FacebookShare to Pinterest
Labels: family dynamics, horror, ritual abuse
Newer Posts Older Posts Home
Subscribe to: Posts (Atom)
I read voraciously.I'm an Amazon Vine reviewer, so I get some pre-release books from them. I also occasionally get early reviewer books from Good Reads or Library Thing. I take huge numbers of books home from the library, and buy used ones from the Friends of the Library book sale, yard sales, and thrift stores. This means that not all the books I review are new ones; some are hot off the press, many are older- occasionally very old.