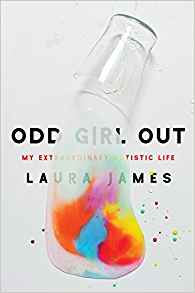 After wondering all her life why she seemed different from other people, in her mid-forties Laura James was diagnosed with both Ehlers-Danlos and Asperger’s (and I suspect she may have synesthesia, too, although she doesn’t say so). Over the course of a year, she learns all she can about these disorders, and things start making sense to her- and to her husband. It’s not that she’s been a failure- she was highly successful, with four children and a career as a journalist. But there had always been situations that caused extreme discomfort, sometimes even leading to a meltdown.  Crowds, uncomfortable clothing, sensory overload- even some colors- are all things she tries to avoid.


Highly intelligent, she and her second husband created a life that allowed her to succeed and still be protected from things that stressed her. Getting her diagnosis explained so much about her, but she’d already gone a long way towards accommodating her problem. The diagnosis meant she could find out how other people dealt with having autism and allowed her to be in contact with people who faced the same problems.


The book follows her over a little over a year’s time, with sections of current time alternating with her past. It’s a really interesting read, but I could never quite get invested in her story. There is a dryness to her prose that seemed somehow stand-offish, even though she talks about some really painful events. Perhaps part of being autistic, perhaps part of being a journalist, used to presenting facts. A four star read; I recommend it to anyone with a person with autism in their circle, because it might really help them to understand that person.

I received a copy of this book from the Amazon Vine program in return for an unbiased review.

Posted by Laurie Brown at 3:20 PM No comments: 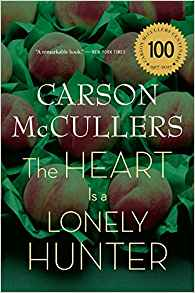 Ritz & Escoffier: The Hotelier, the Chef & the Rise of the Leisure Class, by Luke Barr. Clarkson Potter/Publishers, 2018 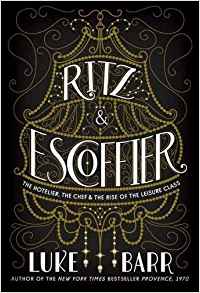 Cesar Ritz started his career as a waiter in Parisian restaurants. He worked his way up to better and better eateries, and finally made the step to being a hotel manager. He had an eye for improving things and a memory for what guests liked and didn’t like.

Auguste Escoffier was a brilliant chef, with equal skills in creating food and managing kitchens. When he started, kitchens were mad houses filled with yelling, drunkenness, food that arrived with some bits already cold and some hot, and very slow service. He and Ritz would find they worked together like a fine machine. When they took over the Savoy in London, the world of hotels and restaurants changed. They brought the running of hotels and restaurant kitchens to the level of fine art.

Before Ritz took over the Savoy, even expensive hotels had one communal bathroom per floor; he instituted en suite bathrooms. He insisted on modern plumbing and electric lighting (a new thing, just coming into use) and adopted the telephone for business use immediately. He filled the rooms and common areas with plants and flowers. He allowed anyone into the restaurant to dine, not just the aristocracy- unescorted women, actors, Jews, the nouveau riche, even ladies of dubious morals; basically, anyone who could afford evening dress. He and Escoffier worked together to produce over the top parties for people like the Prince of Wales, Escoffier producing new dishes for the guests of honor. Escoffier kept meticulous records of every menu and every recipe, eventually producing a massive cookbook that was the gold standard of French cooking for decades.

Eventually, however, the fact that they worked without close supervision caught up with them. They were accused by the hotel stockholders and owners of charging personal goods to the hotel, taking kickbacks from suppliers, and other monetary malfeasance. They were both fired promptly. It didn’t hurt for long, however- they went on to open the original Ritz hotel, the first hotel under his name.

It’s a fascinating look at social history at the turn of the 20th century, a time of huge changes in both technology and social ways. Americans were marrying into the British aristocracy, new millionaires were appearing all over, people in the theater were becoming acceptable, and the British aristocracy was at the peak of their popularity. There are several menus from special events reproduced, but I would have liked to have seen some photos included in the book, and maybe a couple of recipes. There is very little given about the personal lives of the two men. Four and a half stars.

The above is an affiliate link. If you click through and buy something- anything- from Amazon, they will give me  a few cents.

Neither of these things influenced my review.
Posted by Laurie Brown at 3:31 PM 2 comments: 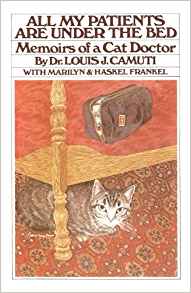 This did not influence my review.
Posted by Laurie Brown at 3:51 PM No comments: 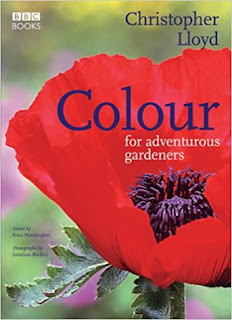 Christopher Lloyd is my favorite garden writer. He is very down to earth- no pronouncements from the gardening gods- and humorous. So of course I really like this book, but even if he wasn’t my favorite, I’d think this was a really good book.

First, he gives us the basics- mainly, that color is one of the last things you worry about when creating a garden. Structure, good soil, and the rest come first. Color is easy to change (except for trees), but it’s a lot harder to change up hardscape. He points out that color harmonies are wonderful, and that he uses them a lot himself.. but.. he likes some excitement in the garden. So he pairs something like an intense orange dahlia with a purple verbena. Sometimes shocking color is fun. He says that you need to know the rules before you can break them, but that one should go for wild combos.

Then he give a chapter to each color, running through the spectrum and including black and brown. He gives a lot of plants that fit the chapter, including what growing conditions they like. The book is filled with gorgeous photos, as well. It’s not a coffee table book of all pictures and little info; it’s got a lot of information, provided in an informal voice, as if you were talking to him out in the garden or discussing the garden over tea. Five stars.

This did not influence my review.
Posted by Laurie Brown at 2:33 PM 1 comment:

Email ThisBlogThis!Share to TwitterShare to FacebookShare to Pinterest
Labels: color, garden design, gardening
Newer Posts Older Posts Home
Subscribe to: Posts (Atom)
I read voraciously.I'm an Amazon Vine reviewer, so I get some pre-release books from them. I also occasionally get early reviewer books from Good Reads or Library Thing. I take huge numbers of books home from the library, and buy used ones from the Friends of the Library book sale, yard sales, and thrift stores. This means that not all the books I review are new ones; some are hot off the press, many are older- occasionally very old.