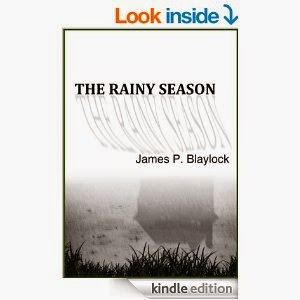 This book is hard to categorize; it’s not really horror, it’s not really science fiction, it’s not what I would think of when someone said ‘fantasy, and it’s got some elements of a thriller. It does have a unique premise: that certain wells in Southern California only fill up during a rainy season (which does not occur every year there) and have the ability to suck people into them. That’s not the odd bit; the odd bit is that some people can come back out of them years later, looking just as they did when they went in. And the well creates a glass talisman containing some of the person’s memory.

Widower Phil Aisworth has his quiet world on his property turned upside down when first his twin sister, Marianne, dies and leaves him as guardian of her preteen daughter, Betsy. With that comes some strife with Hannah Darwin, an older woman who was Marianne’s friend and who helped bring Betsy up- she wants to be Betsy’s guardian. Around this same time a sexy woman appears at Phil’s door in the middle of the night, claiming that her car broke down. She’s very fetching- and also incredibly nosy and pushing. Meanwhile we have a backstory from 1884; several people back then fell into the well while fighting over things. Phil has to sort out who is telling the truth, who is after what- and do it before any of the villains (there are several!) hurt or kill anyone else.

The author does a good job of building tension; that Phil & Betsy can’t trust anyone, the semi-remote location, the constant rain and flooding, all add up to a creepy atmosphere. There are constant surprises cropping up. Phil and Betsy are good, strong characters - I did find it odd that Betsy did not mourn her mother more visibly, although I have to admit she really didn’t have time to mourn with everything that happened. There are an amazing number of characters from both past and present, which I found confusing in the beginning of the book, but it resolved in the end. I enjoyed this book a lot, in part because of its novel premise.

The above is an affiliate link; if you click through and buy something, Amazon will give me a few cents. This in no way affected my review.
Posted by Laurie Brown at 4:51 PM