No Book but the World, by Leah Hager Cohen. Riverhead Books 2014 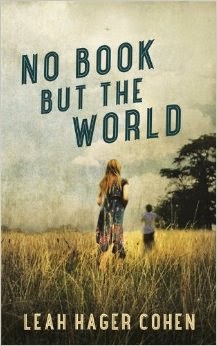 Siblings Ava and Fred had a father, Neel, who believed in Rousseau’s saying “Let there be no book but the world”; he did not believe in conventional schooling but felt that children should be encouraged but not taught, allowing them to explore and learn on their own. He did not like books; learning from books was secondary rather than primary learning. Thus they were allowed to run free in the woods on the property of his former school, where they lived, with no instruction. When a new family moved into one of the former school buildings, Ava and the daughter, Kitty, became instant friends, and, when Kitty started to school, Ava insisted on enrolling as well. Given Neel’s insistence on children doing what they wanted, he was trapped into allowing her to do so. Fred followed, but didn’t last long before his behavior returned him to roaming the woods on his own. He showed signs of being on the autism spectrum and possibly developmentally delayed, but Neel refused to take him to a doctor to see what the problem was and if he could be helped. He was not non-verbal, but usually only Ava could understand him.

When as an adult Ava learns that Fred is being held on suspicion of murdering a boy, she attempts not just to find out what happened, but wonders about what obligations his family had to him. Were his parents wrong in how they brought him up? Should June, his mother, insisted on treatment instead of going along with her husband? With their parents dead, was Ava obligated to take care of him? Would Fred have led a better life had he been diagnosed and treated? What obligations does the family have to society?

The story is told in sections: Ava, her husband Dennis (who is also Kitty’s brother and has known Ava and Fred since they were kids), Kitty, Fred, and Ava again. They all have different takes on their childhoods and on Fred’s life. No one sees themselves as other see them. The book asks a lot of questions about responsibility and family ties. It’s engrossing and sensitive.

The above is an affiliate link. If you click through and buy something, Amazon will give me a few cents. This book came to me free through the Amazon Vine program. Neither of these things affected my review.