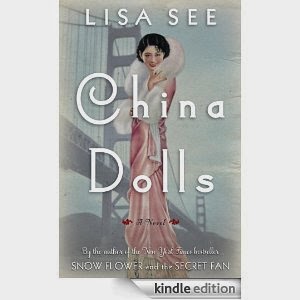 Meeting in 1938 at an audition for places in a chorus line at San Francisco’s soon to open Forbidden City nightclub owned by Charlie Low (the nightclub and Low were real), Grace, Helen, and Ruby quickly become fast friends. American’s of Asian parentage, opportunities are few for them in that era. Orientals weren’t hired as singers or dancers in Caucasian establishments; in a lot of states, intermarriage between Orientals and Occidentals (the old term used for whites that See uses throughout the book) was forbidden.

Grace is 17 and has run away from her violent father in the mid-West; she has never met another Chinese person other than her parents until she hits San Francisco. Helen has a well to do father who runs the family compound with an iron fist; her brother escorts her to and from work to ensure her virtue. Ruby’s parent’s live in Hawaii; she lives with her aunt and uncle and is a wild child compared to the other two; when she doesn’t make the cut at the nightclub, she joins a revue at the Exposition that has the girls virtually nude. Despite their differences in personality and origin and blow ups that left them not speaking for years at times, their relationship continues for 50 years. All three have secrets, and those secrets are frequently the source of their problems.

This was the most gripping book I’ve read in some time; it sucked me right in and didn’t let go until I’d finished it, which I did in one day. It’s women’s literature, it’s Asian-American literature, it’s historical fiction. See has, as always, put a huge amount of research into her book. Some of the Chinese-American entertainers from the era are still alive and See was able to interview them and get first hand information about what it was like: the prejudice; the cringe-worthy, self deprecating acts that made the Occidentals laugh; the Japanese-Americans were all treated as traitors after Pearl Harbor. I love this book.

I received my copy of this book from the Amazon Vine program in return for an honest review.
The above is an affiliate link; if you click through and buy something, Amazon will give me a few cents. Neither of these things influenced my review.
Posted by Laurie Brown at 9:25 PM