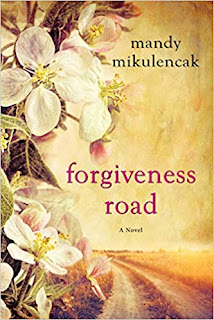 On a Mississippi July morning sometime in the 1970s, 16 year old Cissy Pickering empties a gun into her father’s back. She does not explain, saying only that she had to do it to protect her younger sisters. Her mother, Caroline, turns against her, but her grandmother Janelle takes Cissy’s side. Cissy is arrested, and eventually states that her father had been raping her since she was little. They had a deal: she would do whatever he wanted, provided he never touch her little sisters. And he was starting to break that deal. She is, she says, ready to take the punishment for the crime she has committed, and expects to spend the rest of her life in jail.


Her grandmother’s lawyer, however, plans to plead insanity. Cissy has had some mental quirks for a number of years: she makes endless lists and counts everything. She’s developed a form of OCD that allows her to believe she has some control over her life. This lands her in a mental hospital rather than in jail, where she reads whatever is available and plays chess with God, talking out loud to Her. But then her grandmother decides Cissy shouldn’t be punished at all for ridding the world of her son-in-law, and springs her for a road trip.


There are problems, of course. Janelle knows not to use credit cards or checks, so they are limited to what cash she had on hand. And Janelle is ill. This may cut short their bid for freedom.


There is a lot of things going on in this book; the cold relationship between Janelle and Caroline, the relationship between Janelle and her childhood best friend who is now her housekeeper- and refuses to call Janelle anything but ‘Ma’am’, the relationship of Caroline and Cissy that keeps Caroline from believing Cissy at first, the odd short of friendship between Cissy and a fellow patient at the asylum, the relationship that develops between Cissy and a waitress at the motel/restaurant they stop at for a while, and the relationship between said waitress and her boyfriend. But despite all that I liked about the book, I felt there was something odd about how fast Cissy got over things. She’s been abused all her life, she kills her father, her mother turns against her, and other crushing things happen to her later in the book. Yet she is okay… Her OCD protects her from what her father does to her, but it’s no protection against the rest, at least not that I can tell. Still, a very engaging book. Four and a half stars.