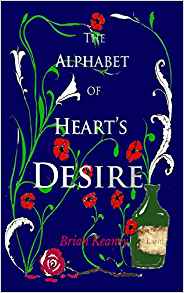 This book follows the stories of three young people in the early years of the 1800s: Thomas de Quincey (later to become author of “Confessions of an Opium Eater); Anne, a child prostitute (a person de Quincey actually knew); and Tuah, a freed slave and avid reader, who, as far as I know, was not a real person. Their stories are told in alternating chapters; Anne and Tuah tell their tales in the first person, Thomas’s is in the third person, which makes him seem a little more distant and less real.

Anne is a pre-teen girl who becomes a prostitute to avoid a fate just as bad with her step-father. Coming from a life of grinding poverty, living in a brothel and being warm and not having to wash load after load of clothes with urine is a step up. Tuah is captured by Dutch slavers who kill and rape his family and friends; the captain of another ship buys him and brings him to London. Along the way he is taught English and how to read. Thomas, whose father dies when Thomas is young, is very bright and his school masters say he should go on to Oxford. Sadly, his mother and her brother, who are controlling Thomas’s inheritance, are too stingy to pay his tuition. After an attempted theft, he is told by them to get out of the area, and disappear for a few years. They give him an allowance that would have been hard for the most frugal of souls to live on. Thus he ends up on the streets, starving and freezing, where Anne finds him.

The stories of Anne and Thomas are closely connected after the middle of the book. Tuah, however, while having the story that I found most interesting, seemed not to really fit in with the other two- he does connect with Anne, briefly, mid-way, and then again at the end. Tuah and Archie, the brother of the sea captain who saves Tuah, are the characters that caught my attention. Archie runs a used clothing store and does fitting; his building is filled with old clothes and books, hundreds of books. Archie reads incessantly, a hobby that does not hurt his hunch-backed body. His gentle humanity, and kindness to both Tuah and Anne, are a stark contrast to many of the other supporting characters.

Oddly, I found Thomas the least interesting of the main characters, even though history tells us the most about him. He just seemed sort of… helpless. He was dealt a bad hand in life, but seemed to be the least able to make a go of it. I was really captured by the book, and I’ll give it five stars even though Thomas was a disappointment.

I received my copy of this book from Net Galley in return for a fair review.

Neither of these things influenced my review.
Posted by Laurie Brown at 3:26 PM