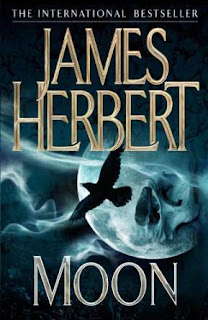 Jon Childes has found a peaceful life. He lives on one of the Channel Islands, working at three different schools teaching computer science. His ex-wife and daughter live in England, but he’s found a new relationship with a fellow teacher, Amy Sebire. He hopes the horror from his past is gone forever.

But it’s not. Once again, the psychic visions are occurring. Once again, he’s made a connection with the mind of a vicious murderer. When this happened before, Childes was able to convince a police detective that he was for real, and together they caught the killer. The visions and the stress they caused were the cause of his marriage collapsing. This time, not only is he seeing what the murderer is doing, but the killer is aware of Childes, too. And he wants to hurt him. He is making his way closer and closer to Childes, hurting the people he cares about.

There is an air of constant menace to this book. Despite a good number of scenes taking place in daytime, I felt it was always dark. The atmosphere was very well done. Sadly, I did not much like Childes, and the women in the story are not fleshed out at all- his ex-wife is frankly unbelievable. Good for a dark read but not great.

This did not influence my review in any way.
Posted by Laurie Brown at 11:31 AM