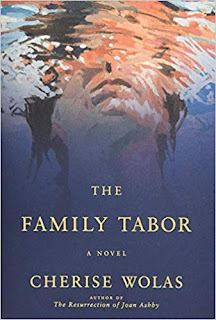 Nobody knows it, but the Tabor family is on shaky ground. The five gathered (plus grandkids) for the weekend ceremony of presenting the Palm Springs Man of the Decade award to Harry Tabor all have their secrets, Harry most of all.


Everyone in the family is a star; Harry the great philanthropist; his wife, Roma, a child psychologist; the children are two lawyers and an anthropologist. They gather together in a great pool of everybody-is-happy-ism, each determined to hide their problems from the others. But cracks appear fairly rapidly: Phoebe refuses to divulge any details about her new boyfriend, Camille is hiding the job that truly gives her fulfillment, and Simon’s wife refuses to stay in their marriage if he decides to practice his Judaism. Roma knows they are hiding things, but doesn’t know what. And she has no idea her husband is hiding the biggest secret of them all. Then, on the night of the presentation, Harry disappears into the desert night.


Panic ensues. Did he walk into the desert? Was he kidnapped or murdered? The police take the investigation seriously, and their questioning starts turning up surprises. Mysterious bank accounts. Really odd stuff on Harry’s computer. Roma quickly realizes that despite spending her life with him, she really doesn’t know Harry at all. And the kids find themselves forced to look into their own lives and admit the truth.


I have to admit that the ending surprised me. I thought I knew where the author was going, and then, in the last few pages, I find out I was wrong. Well, partly wrong. It was going where I thought it was when it derailed. The last part of the book was kind of a let-down to me, but tolerable. We never get to find out if what Harry was experiencing before his disappearance is real or hallucination. Harry is the center of the mystery and the book, but much of the book is not about him. It’s about his children, and what they need to do to feel authentic; as he needs to confront his past, they need to confront their futures. Four stars.

I received this book free from the Amazon Vine early reviewer program, in return for an honest review.

Neither of these things influenced my review.
Posted by Laurie Brown at 3:18 PM