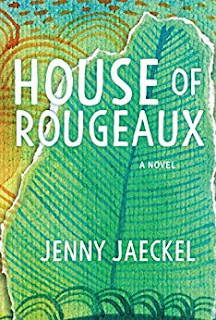 This is a beautiful family saga spanning 1785 to 1964, broken into seven segments. They are enslaved in Africa; carried to Martinique; taken, still enslaved, into Canada; freed; and have to navigate racism, homophobia, and just plain trying to make a living. The Rougeaux family saga is not told sequentially; it jumps around in time which I first found hard to follow but the family tree in the front of the book enabled me to sort it all out.


Iya is taken from her homeland and is later brutally raped and killed when her two children, Adunbi and Abeje are still small. Adunbi later has a daughter, but his wife dies giving birth. It is this daughter, Ayo (Hetty) who is taken to Canada by the plantation’s two white daughters; they teach her to read and when she is bought by a Free Black, Dax Rougeaux, they are all for it. Abeje stays on the island. She has a magical ability to talk to the plants; she knows which ones will heal and which ones will kill. Though she never has children, her influence is still seen in the family tree.


The writing is lovely. There is a richness to the text that absorbed me totally; when I finished the book it was like I was coming up from to sea to take a breath. The people stayed with me at least all through the next day. Before this book I knew nothing about people of color in Canada. They seem to have been treated better there than in the USA! Certainly freedom came earlier. Of course there was still a lot of prejudice to overcome. Five stars out of five.


The above is an affiliate link. If you click through and buy something- anything! - from Amazon, they will give me a few cents.

I received this book from the Library Thing's Early Reviewer giveaway.

Neither of these things influenced my review.
Posted by Laurie Brown at 3:33 PM