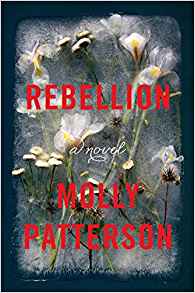 Four women in four eras are at the center of this book. A Christian missionary, Addie, in China in the years leading up to the Boxer Rebellion; Louisa, Addie’s sister who left a middle class family to homestead in the middle of nowhere; Hazel, Louisa’s granddaughter who is suddenly left a widow with a farm to run; and Juanlan, a young Chinese woman who as just graduated college but has to return home to help care for her father. Each of these women steps outside the life that is expected of them, and of course has to live with the consequences of those quiet rebellions.

The book moves at a pretty slow pace. The minutia of daily life is related- when the rebellions are quiet, one has to look at the ordinary to see it contrast with the extraordinary. The descriptions are brilliant; they bring the scenes to life. But… pretty slow. It rather reminds me of a novel from the late 18th century, actually, with its pacing and long descriptions. Which is fine; just be forewarned.

What I didn’t like was that I figured the four strands of narrative would come together in the end. It was obvious what the relationships between Addie, Louisa, and Hazel were, but the relationship that Juanlan has with the three of them is quite nebulous- only that she lives in roughly the same area of China that Addie lived in. I expected that at some point some long hidden letters would appear or something that meshed them all. No such luck. The ended was quite a letdown.