But Then I Came Back, by Estelle Laure. Houghton Mifflin Harcourt, 2017 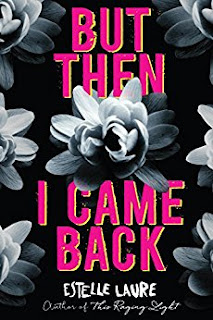 Feeling out of sorts with her twin brother and her best friend, Eden starts to walk away, but slips on the ice, hits her head on a rock, and plunges into a frigid river. She is rescued, but doesn’t regain consciousness for over three weeks. When she comes to, she has a hard road back to recover, physically and emotionally. Brother Digby and friend Lucille are a couple. She can barely walk, much less dance the ballet that was her life. She even has to relearn how to eat and drink. Will she be able to fulfill her plans of college and a dance career? Can she even manage to catch up and graduate with her class?

In the time that she spends recovering in the hospital, she starts spending time looking in at another coma patient, Jaz. Despite knowing nothing about her, she feels a definite connection with Jaz. Then she meets the only other person who visits Jaz: Joe, who has been best friends with Jaz since elementary school. Together, they hope she will wake up.

Eden has a really big coming of age in this story. Not only does she have the usual teenage situations to deal with, but in some ways she’s been sent back to childhood. Add a romance in- her first one- and some supernatural things, and it’s an intense story. I found myself really involved with her struggle and cared about it. The other characters, while I liked them all, were not very deep, but it’s told in first person so that’s understandable. I found out this is a sequel, and that some of the other characters were the focus of the first book. This book stands well on its own, though.