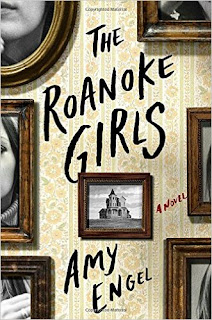 Lane Roanoke gets a call in the middle of the night, a call she did not expect or welcome: one from her grandfather, Yates. His reason: her cousin Allegra is missing. So against her better judgement, Lane goes where she’s sworn never to go back to: the Roanoke farm in Kansas. Eleven years before, she had run from it. She’d only spent one summer there- the time between her mother’s suicide and the point where she got too creeped out and grossed out to stay there.

When Lane’s mother committed suicide, Lane was not quite sixteen. She had never lived at the Roanoke farm; her mother had run when she was pregnant. But her grandparents claimed her and so she was shipped from New York City to rural Kansas. Her grandparents are rich, and while Gran is distant, Grandad greets her warmly, telling her she is finally where she belongs. Allegra, barely younger than Lane, also greets her happily. She has grown up in the middle of nowhere, miles from even a small town, with no siblings, and Gran is equally cool to her. But Allegra and Grandad seem to have a very warm relationship…

Lane’s return leads her to go back over her time at the farm. It was a place of secrets. Allegra was a wild child, drinking with the teens in town (drinking seems to have been the only amusement available to them), but never leaving the farm after graduation. Lane had a relationship with a boy in town that she assumed was based on sex alone. Grandad had Lane help him caring for the animals, and told her there was nothing she could do that would make him not love her. She and Allegra looked like sisters; when Lane sees a wall of family photos, she realizes that all the Roanoke girls look alike, more so than most families even. Then she stumbles in on something..

The ‘big secret’ of the story is actually given away very early on, but other secrets lie hidden behind it. The secret is bad enough, but how big the secret is, is pretty revolting, as are the parts that Gran and the farm employees play.  The ultimate secret, of course, is what happened to Allegra, and why it happened when it did.

The story may be set in Kansas, but it’s pure southern gothic. The story is not Lane’s alone; some chapters are told by the other Roanoke girls, all either dead young or run away. Roanoke girls, as Allegra says, don’t last long. And, other than grandpaw Yates, only girls are born into the family. The novel is somewhere between Young Adult and New Adult. A lot of parents of younger teens will object to the language and sexual content; there is a LOT of both. Distasteful as the action is, the story was one I couldn’t put down because it’s well written. Lane is not a real admirable person- she’s spent her time since running away just drifting- but at her core she’s a good person who has the potential to grow, and she didn’t exactly have good role models growing up. I was rooting for her all the way.