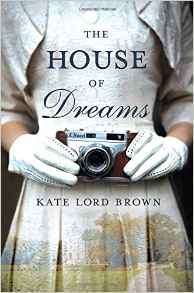 This historical novel is based on the story of Varian Fry and the American Relief Centre, which operated in France during the Vichy era (Nazi occupied). They procured exit visas for artists so they could escape the Nazis, who were rounding up more and more people every day and sending them to concentration camps. Artists and writers were being targeted because they could influence so many people with an essay, a poster, a play. The port of Marseilles, where Fry is based, is the last exit open at the time of the novel.

Fry’s story is framed by the fictional tale of Gabriel Lambert, a painter. In 2000, young journalist Sophie Cass, is hounding him for an interview. She is related to a woman, Vita, who was companion to Fry during the war, and wants some answers to what happened to Vita right before she died. This sends Lambert into remembering the war years, including how he was connected to Fry. It turns out Lambert has a great, big, secret; one he’s spent sixty years burying.

Part of the story centers on Fry and the house he rented with several other people, Villa Air Bel. All sorts of artists and writers converged there for Sunday parties that shocked the locals. Lambert stays there while waiting for his visa, and meets the love of his life, Annie, a teen living next door to Air Bel. Lambert is middle aged with some gray hair; at this point, he seems pretty pervy.

I much preferred the parts about Fry and the real artists better than Lambert and Sophie Cass. Fry seems very unlikable until near the end- there is quite a twist there! Sophie is simply a device to get the story told; despite trying to give her some back story she’s pretty much a nonentity. Three stars out of five.

the above is an affiliate link. If you click through and buy something-anything- from Amazon they will give me a few cents.

I received this book free from the Amazon vine program in return for an unbiased review.

Neither of these things influenced my review.
Posted by Laurie Brown at 5:57 PM