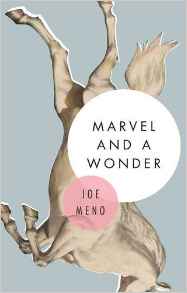 This is a very brutal story, very different from what I’d normally read. But something in the description kept me coming back to look at it, and finally I couldn’t resist. I’m glad I didn’t; once I started reading the book, I couldn’t put it down.

Jim Falls, widower and chicken farmer, is fighting a losing battle with the bills. The electricity is about to be shut off. His daughter is a drug addict who steals things from her dad and eventually abandons her 16 year old son as she chases the next high. The son, Quintin, is biracial with no idea who his father is. He is, despite his chaotic upbringing, a sweet youth. Extremely lonely – not much company for a biracial kid in a rural Indiana town that is economically dead- he plays video games and listens to NWA when not helping his grandfather with the chickens. He doesn’t actually have attitude; he cries when chicks die and demands they be given funerals.

Then a mistake by a legal firm executing an estate results in a gorgeous white quarter horse arriving on the farm. Rodrigo, the illegal worker on the farm, is the only one who knows what to do with a horse. The horse is a thing of beauty, and it turns out that the horse runs like the wind- and might be a way out of poverty for the Falls. Things are finally looking up. But of course this is a book where nothing can go right, and the horse is promptly stolen from the Falls, and Jim is shot. But Jim, veteran of the Korean War, is not going to let that stop him from getting that horse back. The main bulk of the book follows the multi-state pursuit, and the point of view switches between Quintin, Jim, the people who stole the horse, the soulless guy who takes the horse from them, and the girl that same guy is forcibly bringing back to her grandfather. The way it’s put together had me breathless to know how it was going to end, because so many forces were coming together. In the end, it’s a story of a growing relationship, a boy coming of age, of right against wrong. I might not have much liked the characters at the beginning, but in the end, I cared deeply about them. It’s brilliant.

Neither of these things influenced my opinion or review.
Posted by Laurie Brown at 5:30 PM