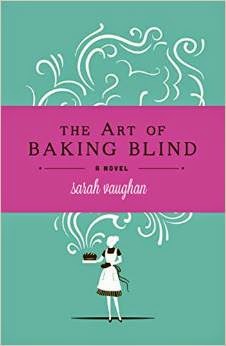 One year after the death of Kathleen Eaden, author of the classic and beloved “The Art of Baking” dies, the posh Eaden grocery chain is holding a bake-off. The prize? To become “The New Mrs. Eaden”. The winner will receive a 50,000 pound (roughly $75,000 US) contract to advise the chain on its line of baked goods and become the ‘face’ of Eaden’s baked goods. The path is then opened for the winner to have their own celebrity baker career.

The book focuses on the five competitors who are selected to attend the bake-off, and also on the original Mrs. Eaden back in 1966 as she works on the cookbook. Vickie, Karen, Jenny, Claire, and Mike all travel to the rambling country house, with its huge and lavish kitchens, where the Eadens once lived and is now a headquarters for some of the company happenings. The bake-off takes place over several weekends, each weekend being devoted to a different type of baked goods: pies, bread, cakes, etc.

Each competitor grapples with their own set of life problems as she strives to perfect her craft: the stay at home mom, the perfectionist, the poor single mother, the widower, the empty nester, and, of course, Kathleen Eaden, whom they all think of as the perfect homemaker as her cook book implies. These struggles, and the competition itself, prove fertile ground for the growth of their characters. I liked some characters and disliked one very much for a lot of the book, until her back story was revealed. The book isn’t really about baking at all- although it’s certainly full of baking. It’s all about motherhood and family and women’s choices.

I am a bit torn about the book; parts are very, very good but there are weaknesses as well. Some of the characters are nearly unused, including a character who makes the cover copy. These characters are not people but just objects that serve a function, much like a door stop. All the men are like this; the only male who gets much play is really a caricature. The women, on the other hand, are pretty well done. The excerpts from Mrs. Eaden’s baking book are lyrical and over the top in their praises of what good baking can do for one’s family. It seems that to her, all family problems can be solved with a proper pastry-which turns out to be ironic indeed. Martha Stewart would fade into the background next to this woman and her odes to homemaking. Oddly, the competition itself is somewhat in the background; the problems the women have getting there gets a lot of time but there is no tension to the baking and judging themselves- sometimes we don’t even know who won a segment until it’s mentioned in passing later. As the plot device on which the book hangs I would have thought it would have taken center stage. This is one of those books I can’t give five stars to, but when the author writes another book I will be reading it.

Neither of these things influenced my review.
Posted by Laurie Brown at 2:12 PM