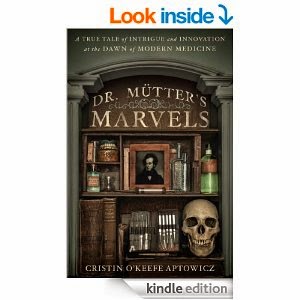 A lot of people, especially ones with a bit of a macabre turn of mind, have heard of Philadelphia’s Mutter Museum. It’s a medical museum, filled with skeletons, body parts in jars, and engravings of surgeries. But collection was not meant to be some sensationalist tourist stop; Mutter’s collection was for teaching medical students by showing them what diseases looked like in the body so they could recognize it. He felt it was vital that specimens like these be available.

Dr. Thomas Dent Mutter was an amazing man. He became a doctor while young (there wasn’t as much schooling required in that era to become a doctor), studying in France where surgical techniques were far advanced from those in the US. He not only became a remarkable surgeon- he was ambidextrous- but he brought to America the practice of actually washing his hands and tools in between patients and was an early adopter of the use of anesthesia for operations. He performed a lot of reconstructive surgeries on victims of fires and accidents. He convinced the medical college to purchase some rooms that could be used for patient recovery- previously patients were put out in a cart and taken home as soon as the surgery was over. He thought of patients as actual people instead of just the operation performed on them. He instituted a lot of things we take for granted in hospitals today. Sadly, he died young.

The author has consulted many primary sources for this biography. Descriptions of the surgeries Mutter performed are taken from his own writings. It’s not just a biography of Mutter, but in many ways a biography of surgical practices in America. Very interesting and a fast read.

The above is an affiliate link. If you click through and buy something, Amazon will give me a few cents. This in no way affected my review.
Posted by Laurie Brown at 7:39 PM