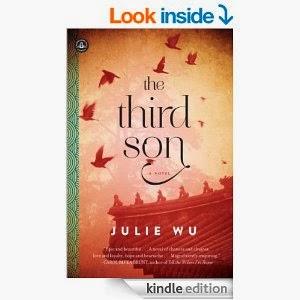 Saburo is born the third son in a large Taiwanese family and has the misfortune of being the child least favored. His brothers are spoiled while Saburo is beaten regularly; they are given the prize foods while Saburo suffers from malnutrition; he is not allowed to sit in with their lessons; even his sisters are valued more than he is- unusual in a culture where boys are prized. The only family member who treats him humanely is cousin Toru, a doctor.

But Saburo isn’t stupid like his family claims. Although he doesn’t do well in elementary school, he learns from what few books he can get his hands on. Eventually he passes an exam that allows him into a prestigious college and teaches himself English, in hopes of getting a visa to study in the US. During this time, the Japanese have been defeated and the Chinese Nationalists have taken control of Taiwan and they prove to be as bad as the Japanese. Life is a chess game of pleasing the right people. One thing that sustains Saburo through all this is a girl he met when he was eight: Yoshiko. They meet during an air raid and become friends, but soon to be torn apart. Later as teenagers they meet again and friendship turns to love. But huge obstacles stand between them and happiness. What they want isn’t the same thing their families want- especially Saburo’s mercenary father and brother. Financial obligations, family jealousy, Nationalist spies, and more all must be overcome. Saburo’s life is one endless stream of difficulties to overcome, like a Dickensian tale set in Asia.

I enjoyed the book; it’s a great tale of getting what one wants through persistence, boldness, and hard work. Some of what Saburo does to succeed is brilliant; he ends up working on the US space program, which was interesting to read about. But I have to say that after awhile the constant stream of bad things got a bit tiring by the end of the book; the tale goes somewhat flat. But one must remember that this is Wu’s first novel. It is suspenseful, wondering when one of the bad things will be too big to overcome; wondering if he is writing his tale from a Nationalist prison. I give it four stars, and will look out for Wu’s next book.

I was given this book free by Library Thing Early Reviewers program in return for a fair review.