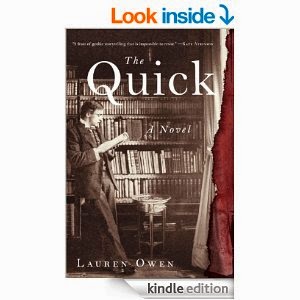 In 1892 London, James Norbury has disappeared, much to his sister Charlotte’s concern. Heir to a small amount of money that allows him to live without working, he had taken rooms with Christopher Paige, an equally unemployed young man. When James vanishes, Charlotte rushes to London to see what has happened. It’s obvious that the young men did not leave on their intended trip. Where are they? And why, when Charlotte does find James, does he look different, act different, and tell her to stay away from him for her own good? Charlotte soon finds herself entangled with vampire hunters, a men’s club that is very particular about its members, an American whose vacation abroad has taken a bad turn, a group of very unusual children, and the deadly human who kills in service to the gentlemen’s club.

This book is written in the style of the 19th century, and as such is slower of pace than most modern works; if I had just picked this book up with no information about it I could have almost believed that it was written back then. Don’t expect it to start off with a bang; the first section almost doesn’t need to be there and the second goes on for longer than necessary. Not to say those sections aren’t enjoyable; just, slow. The book is written from multiple points of view, including notebooks written by characters. This gave me a bit of trouble; there is not enough difference in styles and I sometimes found myself having to look back to remember who is writing at the time. And oddly, despite the length of time we spend with the characters, I didn’t feel they were well fleshed out and didn’t experience any real care for them, for good or bad. Do these things make the book bad? Not really. I enjoyed it; I love the descriptions of both high and low life in London of the time. Sometimes I enjoy taking the longer, slower route. I think anyone who enjoyed Stoker’s ‘Dracula’ or Kostova’s ‘The Historian’ will enjoy this book.

The above is an affiliate link; if you click through and buy something, Amazon will give me a few cents. This book was given to me by the Amazon Prime program in exchange for an unbiased review; neither of these things affected my review.
Posted by Laurie Brown at 12:54 PM