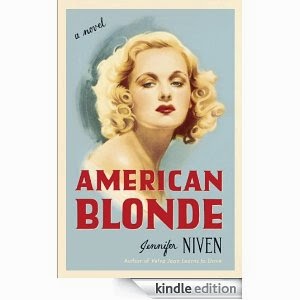 Velva Jean Hart has just returned from overseas duty as a pilot and a spy at the end of World War 2 when a representative of Metro-Goldwyn-Mayer shows up at the door of her family’s Appalachian home. Offered a screen test, she figures she’s got nothing to lose. When her train reaches Los Angeles, to her surprise, she is met by Hollywood star Barbara Fanning AKA Eloise Mudge- who happens to be a fellow pilot from the WASP who trained with Hart. Hired immediately after her brief screen test, Hart has her name changed, her hair color changed, her whole persona changed. Hart has never backed down from a challenge and she finds herself costarring in the biggest movie being made, one which seems poised to be bigger than Gone With the Wind. She’s happy with this new life, but when Mudgie dies at a house party on the beach and the death is not investigated as the studio brushes it under the rug, Hart has to go into action to investigate on her own, even though it means risking her own life.

It’s an exciting book that paints a vivid picture of the movie industry of the time. I loved the descriptions of Los Angeles before it got built up and gigantic. I didn’t realize this book was the fourth in a series until I got it. It stands very well on its own, but it reading it would have been a richer experience if I’d read the earlier books. Velva Jean is a brave, smart and loyal woman with enough depth of character to hold a reader’s interest. She’s got her eyes on the prize of becoming a country singer, so she’s sure to be back in more books.

The above is an affiliate link. If you click through and buy something, Amazon will give me a few cents. This book was given to me for free in return for a fair review. Neither of these things affected my review in any way.
Posted by Laurie Brown at 3:44 PM