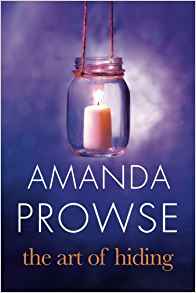 Although she grew up dirt poor, Nina McCarrick has lived a charmed life since she met Finn while waiting on her father at a construction site. Swept off her feet, they married fast. He insisted he wanted her to be a stay at home wife, even before the children arrived. So she put her dreams of becoming a nurse aside, and managed their luxurious home, taking care of the kids who go to an expensive private school, running errands, and, her big concern, arranging flowers. Her life is enviable- isn’t it?

Then Finn is killed in an auto accident. Suddenly, not only has she lost the husband she loved, but she discovers that their life was a sham. The house was being foreclosed, putting her out on the street. The business is bankrupt and no longer exists. The school fees are in arrears. Nina and the kids are basically tossed out with the clothes on their backs- everything else is removed by creditors.

Thankfully, Nina has a sympathetic sister, Tiggy. She also has an uncle who owns a flat, and it happens to be between tenants. With a roof over their heads- as long as the money in her purse holds out- she sets out to rebuild her life. Her younger son is sympathetic and a cheerleader for her; her teenaged son is cynical and resentful. She has no real marketable skill set, and her job hunt is discouraging.

The hiding is not just the secrets her husband hid from her, but how she hid her authentic self to please him. Hiding can create some terrible results. It’s an okay story but didn’t really move me. Three stars.