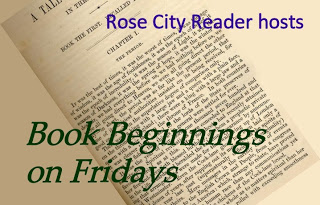 My Book Beginning today is one our library just got, although it was written in 1998. It's "Georgiana, Duchess of Devonshire", a biography by Amanda Foreman

"I know I was handsome...and have always been fashionable, but I do assure you", Georgiana, Duchess of Devonshire, wrote to her daughter at the end of her life, "our negligence and omissions have been forgiven and we have been loved, more from our being free from airs than from any other circumstance."

"He spent so many hours at Brook's that he was rarely out of his gambling clothes."

Georgiana sounds like someone I'd like to get to know. She's very self aware but not pompous. And who would have thought one would have special gambling clothes? Are they like a lucky hat or something? Georgiana Spencer lived in the 17th century, and was an ancestor to Princess Diana Spencer.