Vanessa and Her Sister, by Priya Parmar. Ballantine, 2014 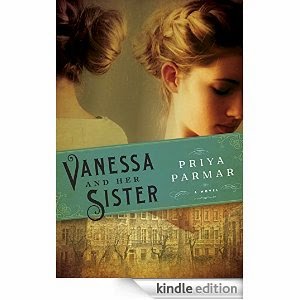 I’d read a non-fiction account of Vanessa Bell’s life, so I thought I had a pretty good idea of what this book would be. What I hadn’t counted on was the difference between a dispassionate relating of a life versus a first person account.

This book is told mostly via the device of Vanessa’s (nonexistent) diary, with other voices filling gaps via postcards, letters & telegrams. Vanessa is Vanessa Bell, the painter, and her sister is Virginia Woolf. The other voices are the rest of the Bloomsbury group, those Bohemian intellectuals and artists of the early 20th century. Covering 1905 through 1912, we get to watch Clive Bell court Vanessa Stephens and marry her. We watch as Virginia wanders in and out of manic and depressive states, and works constantly to have everyone’s attention on her. I knew Virginia Woolf suffered by bipolar disorder; I was unaware of her strong streak of Narcissism.

Getting the story via Vanessa’s diary allows us to feel what she felt with an immediacy that can’t be expressed through other points of view. The intensity of being in Vanessa’s head as each event happened made me unable to put the book down. The keenness of her sadness when loved ones died and her near constant anxiety about what Virginia and/or Bell would do next is raw and aching. I read the book in two days, dying to see what would happen next, and was bereft when I finished it because I knew Vanessa led a long life and I wasn’t going to get to see the rest of it through this author’s eyes.

Neither of these things influenced my review.
Posted by Laurie Brown at 3:27 PM