For years, Blake Rossi was the chief exorcist for the Catholic Church. Then a 6 year old died during an exorcism, and he found himself excommunicated and out in the cold. He drowns his misery and guilt in alcohol, drifting from one meaningless job to the next, unable to pay the rent and demon haunted. So when old friend Gregor Balfor comes calling to try and convince Rossi he needs to take up his old profession again, he’s against it. But events wear him down- an old woman needs help because her father captured a demon many years before and now the demon is on the loose- and he finds himself joining Balfor and Balfor’s allies fighting a high level demon- a demon knight. 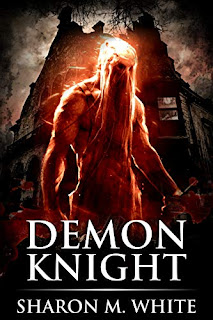 I liked the characters, and hope White develops them more as the series goes on- yes, it’s the first of a series. I want to know about Balfor’s group, and especially more about Lilith. The story was slow to get started, but I suspect (and hope) that, without having to create backstory, the 2nd will take right off. Four stars.