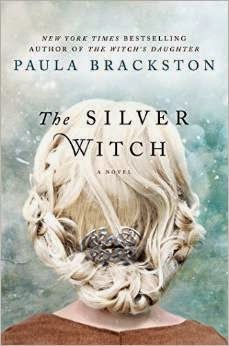 Tilda, a widow of one year, has finally moved into the remote Welsh cottage that she and her husband were going to live in until an accident put an end to their plans. She hopes to work on her pottery and find peace. Once there, however, strange things start happening. Modern things- whether it be the electricity, gasoline engines, or simply mechanical things like a grandfather clock- start refusing to work when she is around them. Then she sees a vision on the lake- three people in a canoe, not dressed in modern attire. Finally, she is seeing a horrific vision of a mutilated woman- a very angry mutilated woman- threatening her. And it all seems to be connected with an archeological dig next to the lake.

In the novel’s second point of view, Seren lives in a hut by the same lake, more than a thousand years before Tilda’s time. Seren is a witch and a shaman who prophesizes for the local prince, who lives on a man-made island in the lake. She and the prince are in love, but the prince is married- a marriage made to cement an alliance.

As Tilda learns more about the past, she also gains control over the powers she seems to have acquired by coming to the lake. But can she gain control well enough to defeat the very powerful ghost that is rising from the grave the archeologists are excavating?

I enjoyed this book a great deal, although it took me a while to get into it. I loved the setting and season; winter in the secluded lake area puts Tilda largely on her own, despite a love interest. The ending managed to surprise me; it was obvious that the grave was very important but who was in it was not who I expected! Great atmosphere and I liked most of the characters, although some were rather flat, there to just serve a function. I’ll be looking for Brackston’s previously published books now.

Neither of these things influenced my review.
Posted by Laurie Brown at 6:21 PM