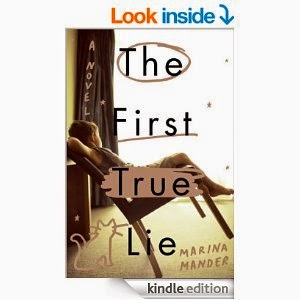 Luca is 9 or 10 and lives with his mother and his cat, Blue. He’s never had a father in his life, nor even a father figure as the men in his mother’s life just pass through quickly. His mother suffers from chronic depression, allergies, and a lack of energy, so he’s not too surprised when she doesn’t wake up in the morning. It’s not the first time, but it is the first time she hasn’t been roused when he shakes her. Still, he has to go to school, so he gets himself ready and off her goes. She’ll be okay by the time Luca comes home. But she’s not. She is still in bed and not breathing.

Luca already refers to himself as a ‘half orphan’ because of his lack of a father. He doesn’t want to become a full orphan though; they’ll take him away and make him live in an orphanage and he won’t be able to take his cat, Blue, with him. So he declares himself not an orphan, but a single human being. He shuts down psychologically, refusing to emotionally deal with his mother’s death- for he is aware that she is dead- instead dealing with the immediate physical needs of his cat and himself. There is little food for him or for Blue, but he scrounges up enough money for a run to the grocery store, all the while determined to act like everything is normal. He continues to go to school, he visits with a friend, with his mother quietly rotting and stinking in the bedroom. He is resourceful in the way of children who don’t have parent’s in their lives are, having half raised himself. But how long can he keep up this charade?

The book is short- really a novella- but it has the force of a punch to the gut. It’s grim subject matter, made grimmer by seeing it through Luca’s 10 year old eyes and yet knowing what’s really going on, that at some point reality would come crashing and knock down his denial, and that, even as horrid as his current situation is, it will only get worse. The ending was a bit of a surprise to me; Luca’s choice of action was not the one I expected, but it seemed like a glimmer of hope.

Neither of these things affected my review.
Posted by Laurie Brown at 9:22 PM

Email ThisBlogThis!Share to TwitterShare to FacebookShare to Pinterest
Labels: coming of age, fiction, self determination