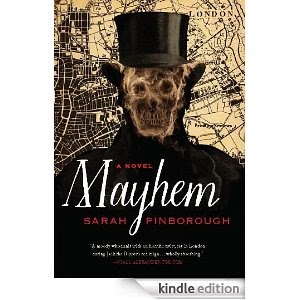 In 1880s London, grisly murders are taking place: women dismembered and disemboweled. But it's not Jack the Ripper; his modus operandi is very different. They come to the attention of Dr. Thomas Bond, medical examiner, insomniac, and frequenter of the Chinese run opium dens. He is quit the detective and forensics expert, and, haunted by the gruesome murders, sets out to find the killer. The murderer turns out to be both someone and something no one would suspect- or believe.

Pinborough depicts the underbelly of London with creepy and hair raising detail. As Bond discovers who the murderer is and he is put into the place of having to deal with it, tension mounts. The story is fairly tight, although the pacing sometimes lags. This is a very good Victorian horror/mystery with a new supernatural element instead of the usual vampires etc. Recommended.

The above is an affiliate link. If you click through and buy something from Amazon, they'll give me a few cents.