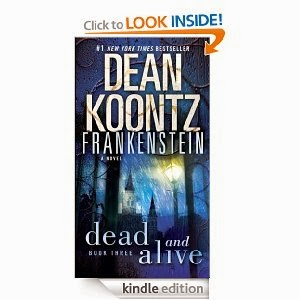 In this book, the story lines that were created in books 1 & 2 come together and conclude. The beings that Helios/Frankenstein created are having programming breakdown faster and faster with every new batch; the latest Erika (his wife), Erika Five, starts misbehaving after only a few hours, and has made friends with a mysterious dwarf who appears in the backyard. The head maid now thinks she’s the mistress of Manderlay. The minions who run the county dump – where bodies are disposed of by Helios- are thinking for themselves. Something is happening the dump. And people who are supposed to be dead may actually be alive- for a while, anyway.

Sadly, despite all these things happening, the breakneck pace generated in the second book is not sustained in this one. Sequences that should have been crisp and rapid dragged. Not all of them, mind you, but enough that I felt the book was a little longer than it needed to be. Still a good book with weird events, but not quite as good as it could have been.