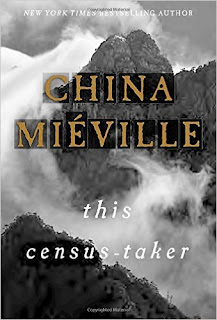 The above is an affiliate link. If you click through and buy something- anything- Amazon will give me a few cents. This in no way influenced my review.
Posted by Laurie Brown at 11:59 AM 1 comment: 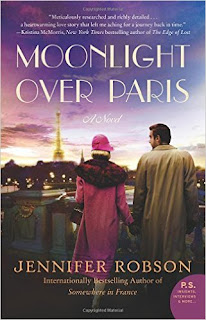 Neither of these things influenced my review.
Posted by Laurie Brown at 2:08 PM 1 comment: 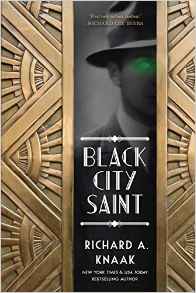 You could call this book historical urban fantasy noir. Set in Chicago in the 1920s, the narrator is a sort of exorcist. He puts ads in papers that only those who need him can see, then goes and removes the ghosts and demons that are haunting them. His unusualness goes beyond this, though; his body is host to the dragon that he slew 1,600 years ago- he is, in fact, Saint George. He and the dragon share an uneasy alliance. Also, he is the guardian of the gate that separates our world from that of Feirie. His companion is a shapeshifter who can no longer shift, trapped in his canine form.

The hero finds himself set up against Oberon, long exiled from Feirie. Oberon plans on taking over again, conquering his former mate Titania. This will drag our world into the the fight, something Nick, the protagonist, must stop at all costs. He finds himself fighting demons, speaking with the ghost of the Emperor who ordered his execution, trying to avoid bootleggers and Al Capone’s gang members, trying to protect a woman from his past who won’t agree to stay where it’s supposed to be safe, and battling with magically enhanced goons before actually getting into it with Oberon.

Nick narrates almost like your typical hard-boiled noir detective, except he’s frequently talking about magical things. The pace moves quickly and never lets up; Nick can’t even sit down to rest without the house turning into something else or demons coming to the door. There is a lot we don’t find out about Nick, Claryce- she really doesn’t get a chance to develop her character-, Fetch, and the ghost of the Emperor Deocletian; the ending leaves it possible that there will be a sequel. I would definitely read a sequel; I liked the characters (particularly Fetch the shapeshifter) and like the era. It’s fast and fun.

Neither of these things influenced my review.
Posted by Laurie Brown at 1:38 PM 1 comment:

Email ThisBlogThis!Share to TwitterShare to FacebookShare to Pinterest
Labels: historical fantasy, noir, urban fantasy
Newer Posts Older Posts Home
Subscribe to: Posts (Atom)
I read voraciously.I'm an Amazon Vine reviewer, so I get some pre-release books from them. I also occasionally get early reviewer books from Good Reads or Library Thing. I take huge numbers of books home from the library, and buy used ones from the Friends of the Library book sale, yard sales, and thrift stores. This means that not all the books I review are new ones; some are hot off the press, many are older- occasionally very old.