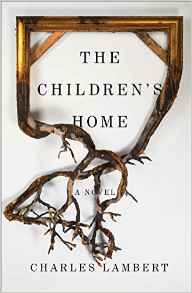 Morgan, acid scarred son of wealth, lives alone in a mansion. He spends his days cataloging the maps and books collected by his wandering grandfather. Morgan has had a troubled life; a mother ill both physically and mentally and an isolated childhood have left him ill-equipped to deal with the outside world he has never seen.

Then children start to arrive at the estate. The youngest are infants; the oldest is five year old David. Where they come from and how they get there is a mystery. They just are. They are preternaturally well behaved, quiet, and smarter than normal for their ages. David is their leader; he talks and acts like a small adult. They provide needed company for Morgan. They simply accept his scarred face as he accepts them. When one of the children becomes ill, the housekeeper calls in a medical man, Dr. Crane, who accepts both Morgan and the children just as they are. He completes their family odd little family.

The children obviously have a purpose, but Morgan cannot figure out what it is. They learn from his books and instruction. They disappear into the many rooms of the house for hours, sometimes finding truly odd and rather macabre items.

Outside the estate, a dystopian world lies. When it intrudes in the form of officials who say he cannot be harboring children, Morgan must face the outside world- and his family’s place in it- for the first time. What he finds is grim and bizarre.

I’m not sure what to call this novel. It’s like a dystopian fairy tale, a fable written by Kafka. After a ways into the story, I would not have been surprised if Morgan had turned into a giant cockroach. The story is uneven; the first part is very good but as it heads into the ending it changes tone completely, and, frankly, I am left thinking “WTH was that about?!?!” If I could, I’d give the first part of the book a 4-star rating and the ending a 2-star rating.

Neither of these things changed my review.
Posted by Laurie Brown at 12:16 PM